The East Tunnel for rail traffic is 8,024m long and comprises two separate tunnel tubes with one track in each. The two tunnel tubes are connected by 31 cross passages, which serve as emergency exits and contain important installations.

The East Tunnel is a bored tunnel. Four boring machines, one in each direction in each tunnel tube, were specially manufactured for the task. The 40 cm thick tunnel walls comprise 62,500 bolted concrete elements.

There is between 12 and 40m from the sea bed to the top of the tunnel. At its deepest point, the tunnel is 75m below sea level. 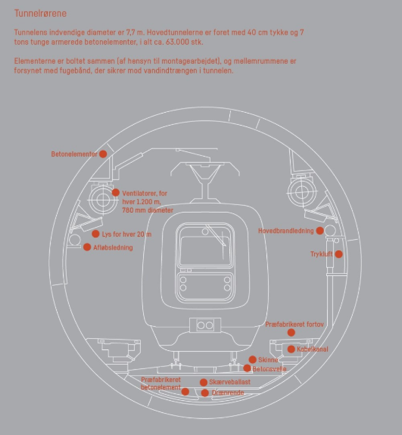 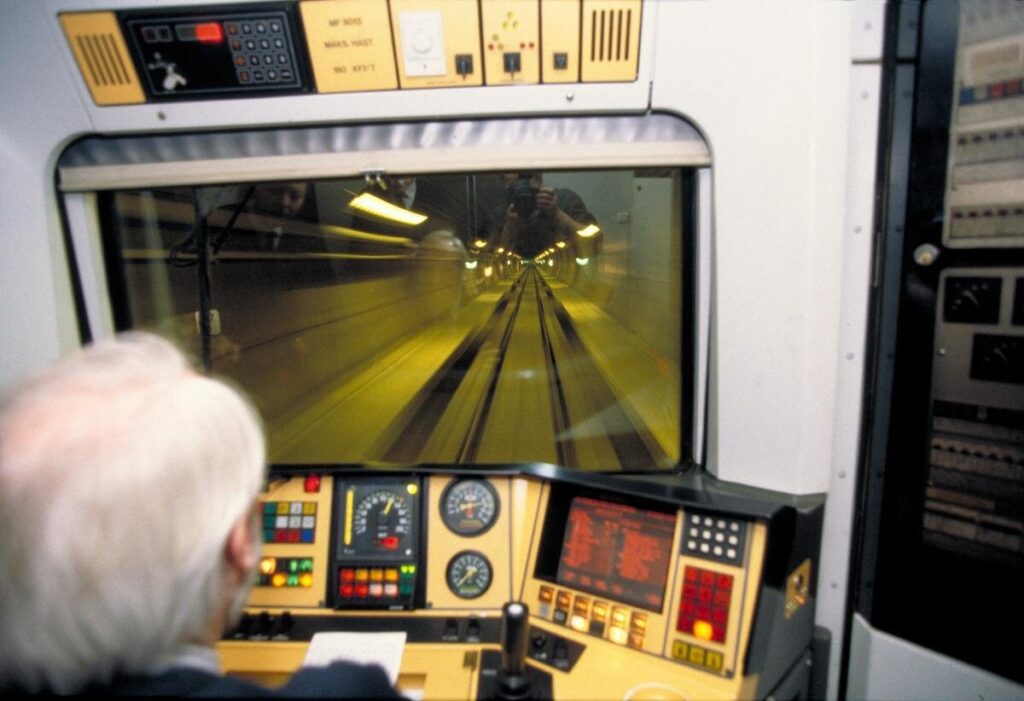 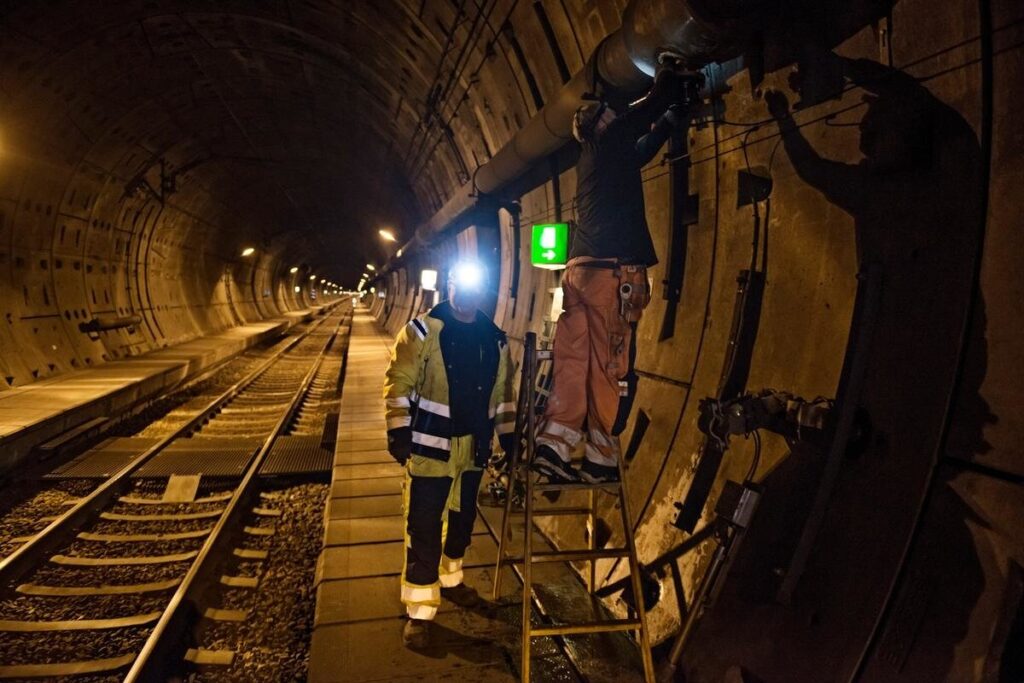 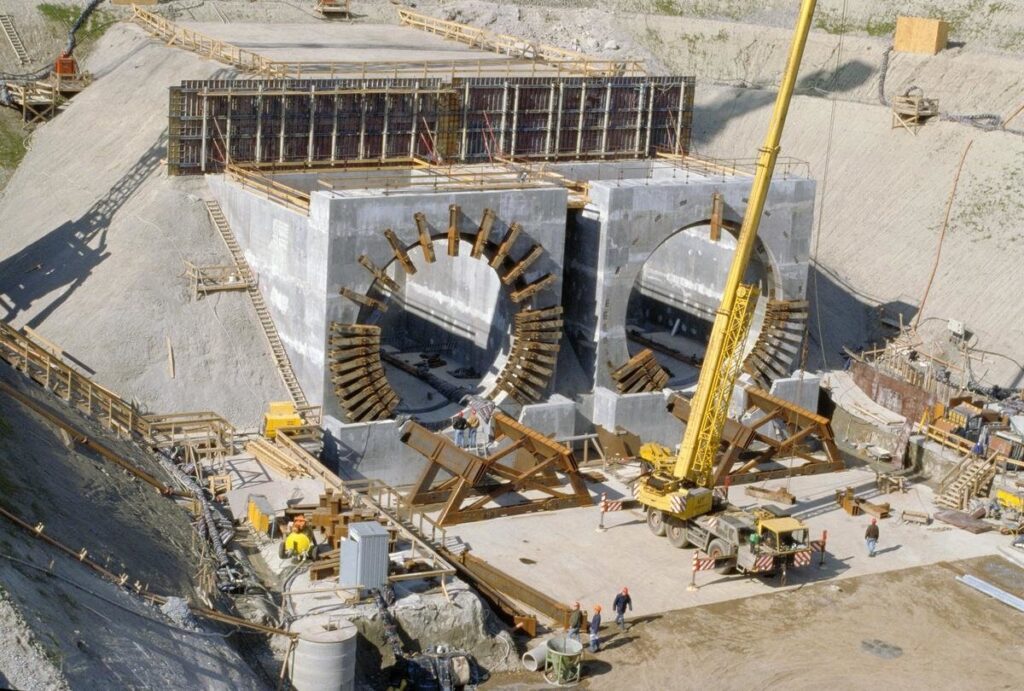 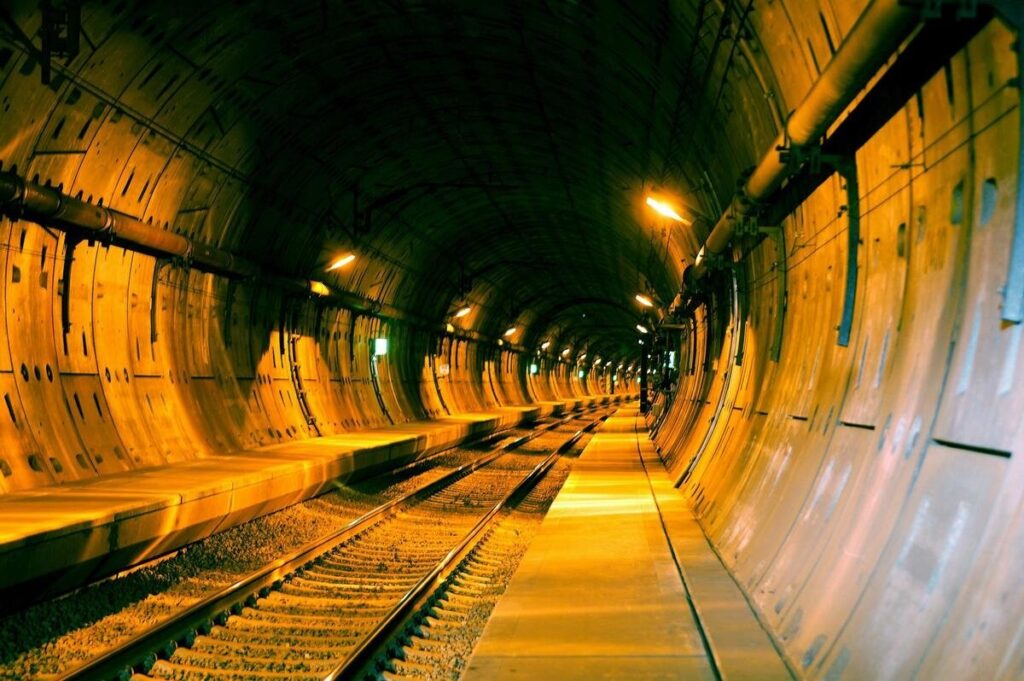 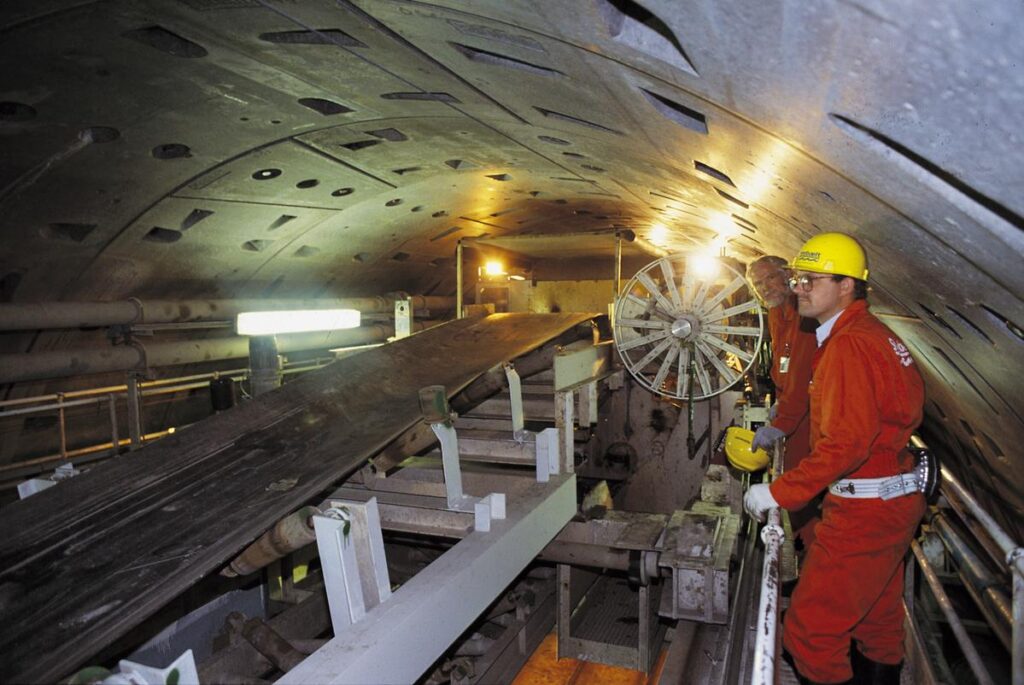