Nature and wildlife on Sprogø

Sprogø in the middle of Storebælt connects the Storebælt link’s bridges and tunnel. The island measures 154 hectares and as part of the construction work quadrupled in size. Sprogø is the storry about an old island with its own history and unique nature.

The Storebælt fixed link and Sprogø are located in a Natura 2000 area. Such areas are characterised by special forms of nature or animals which require a particular conservation effort. In addition, certain buildings on Sprogø are listed and nature conservation on the island is in accordance with the conservation plans for the island, which have been approved by Slagelse municipality.

On Sprogø, consideration is shown for the rare sandwich terns that live on the island. Sund & Bælt has good experience with improving the conditions of sandwich terns and increasing the number, i.e. through the control of herring gulls.

The rich wildlife of Sprogø includes the rare green toad and a number of bird species. According to the conservation plans for the protected Old Sproø, the area’s character of beach meadow must be preserved in such a way that Old and New Sprogø are part of a natural landscape context.

The buildings on Sprogø

From 1922 to 1961, the main buildings on the island housed a women’s institution, where young girls were placed if they, for example. became pregnant out of wedlock or otherwise did not fit into the norms of the time.

Sprogø is currently uninhabited, but there is limited access to the island for tourists on guided tours, which are arranged by Korsør Tourist Office and Nyborg Tourist Office.

Further information on times and prices at www.visitvestsjaelland.dk and www.visitnyborg.dk 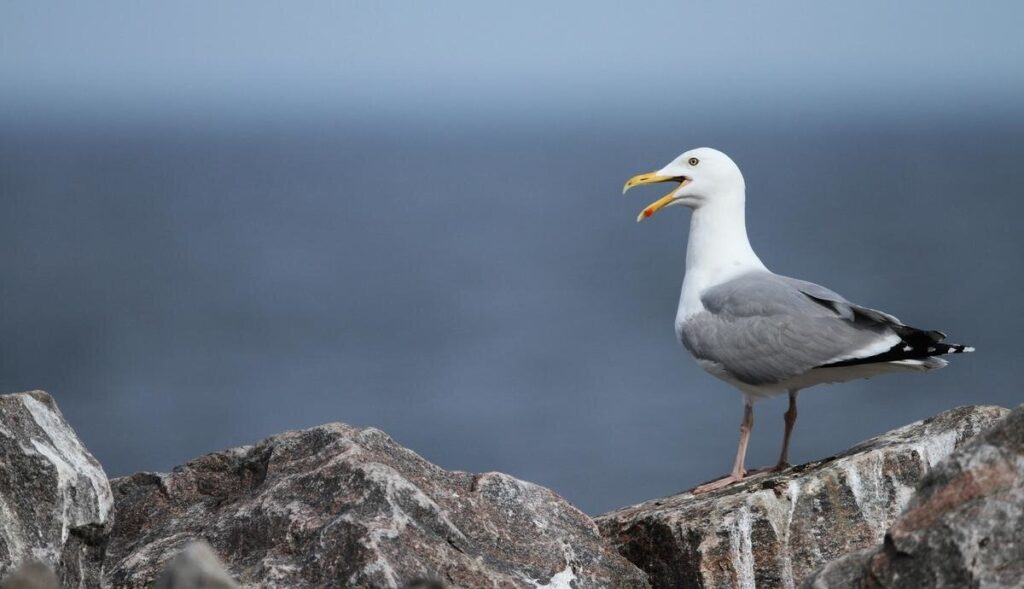 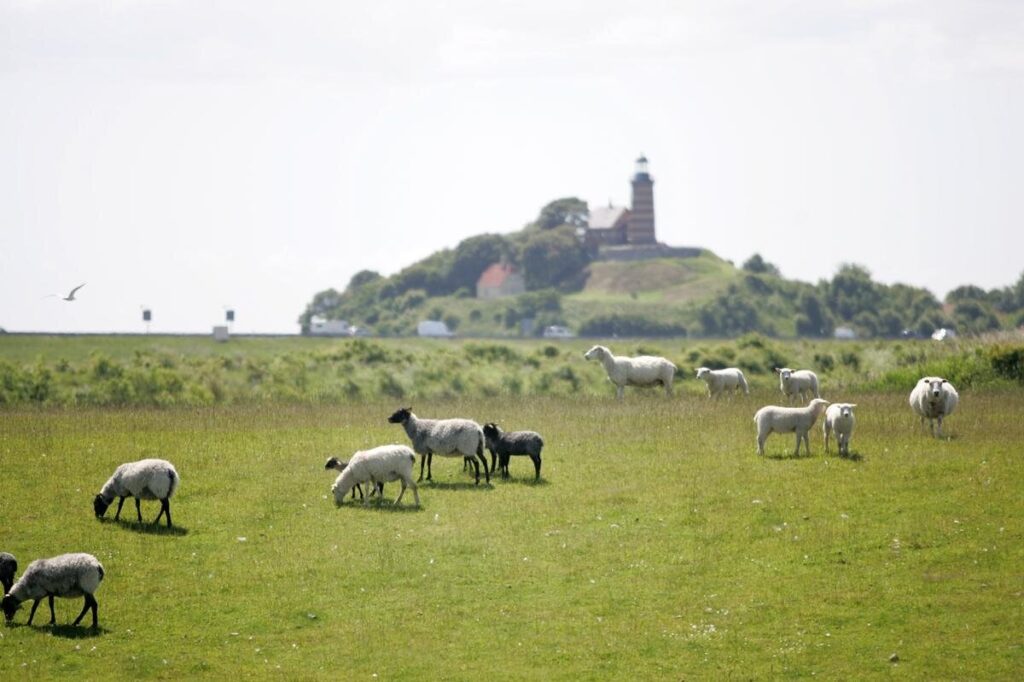 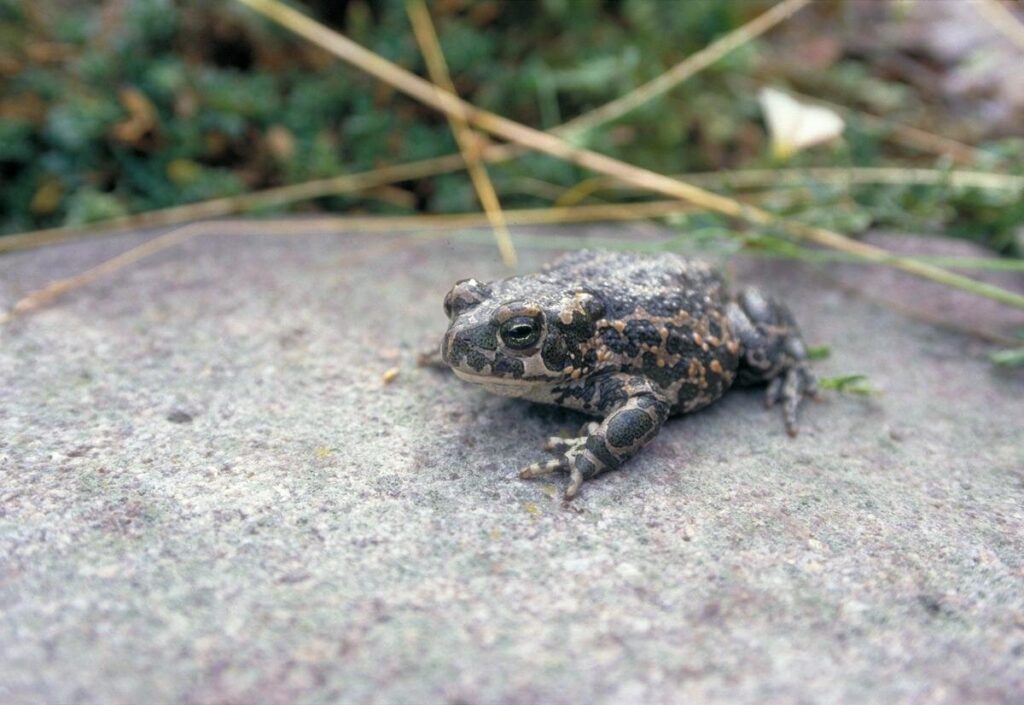 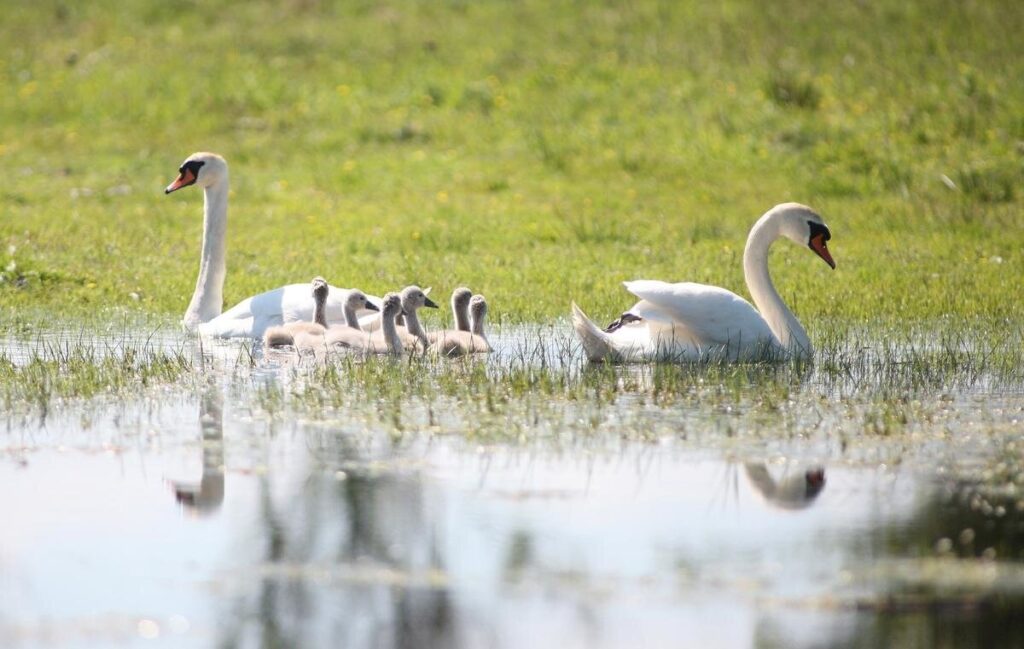 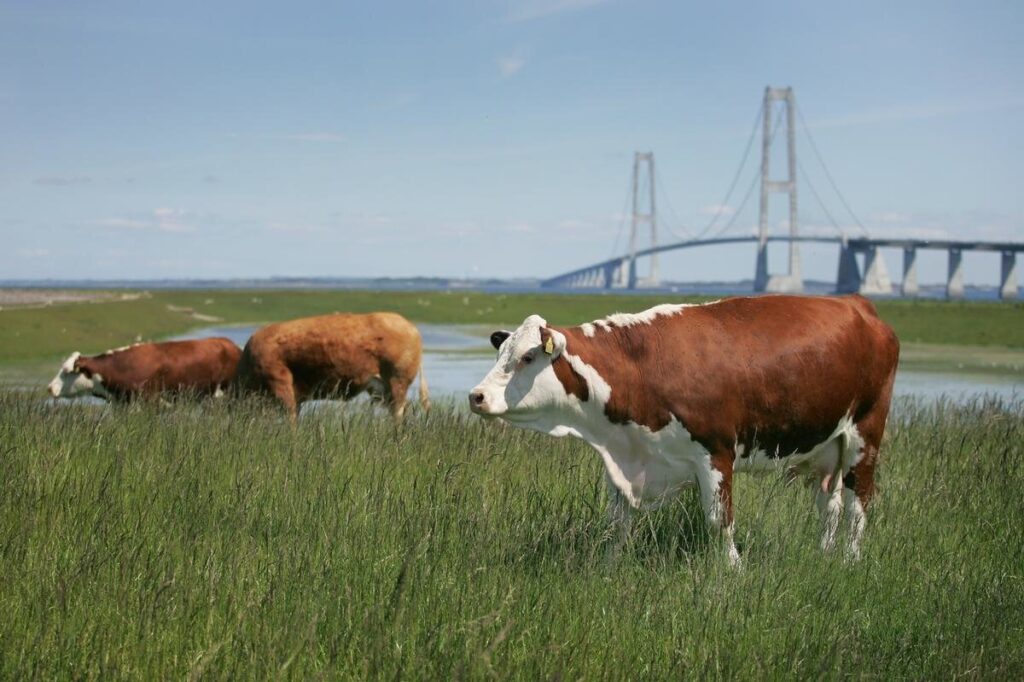 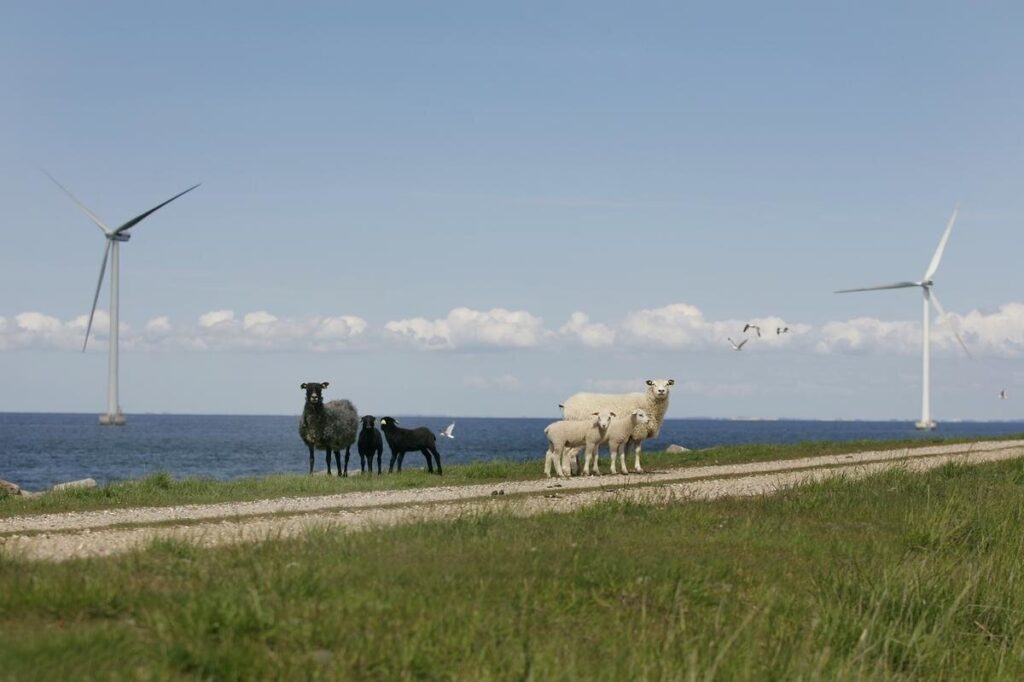 Sprogø is a bird habitats. The island offers a number of diverse homes for birds and provides and important breeding ground for seagulls and terns. This is one of the reasons why the island i closed to the public.

Sprogø offers a variety of bird habitats. The hillsides are home to sand martins and black guillemots while house martins nest under the eaves of the former women’s institution. The reef provides a habitat for seagulls and terns and the tidal flats for sandpipers. The diverse undergrowth and tree covered part of Fyrbakken attracts small birds.

When crossing Sprogø by train, it is immediately apparent that seagulls dominate nature on Sprogø. The island is an important breeding ground for almost all species of seagulls and terns although it is the common gull which particularly characterises the island. Nevertheless, it is the black-headed gulls that hold the key to etablising a large and stabel colony of gulls and terns. Despite being the smallest of the gulls, the black-headed gull is highly agressive when defending its nest. As a consequence, if black-headed gulls become well established on the island, they can offer protection to other colonies of breeding birds in that they keep uninvited guests at bay.It is tempting to believe that if the individual species of tern or gull stick together in a colony, this would offer sufficent protection. This, however, is not the case. Not until the colony comprises several different species and a large number of individuals does it offer a common defence against herring gulls, crows and foxes. This is where black-headed gulls play a key role. And there are many, at least 500 pairs. Once these have established a colony the common terns join them, building their nests in close vicinity to the black-headed gulls. Later the sandwich terns and little terns expand the territory until, finally, they are joined by various waders such as avocets, lapwings and redshank.

The plants on Sprogø

The coastlines of Storebælt and Little Belt are the warmest and driest parts of Denmark. Consequently Sprogø contains plants that are native to south eastern and southern Denmark.
Among the special plants which grow on Sprogø are the forest steppe plants which grow on the edge of the Russian steppes. When these plants established themselves on Sprogø is unknown although it could well have occurred during the Bronze Age when Denmark enjoyed warmer weather and when the climate in large parts of the country was similar to that of present day Ukraine and southern Kazakhstan.
Another typical plant for Sprogø is the swallow-wort – a pretty, white flowered plant with dark green leaves which, like the small-leaved elm, can survive drought and extended sunny periods.
Sprogø boasts several different habitats. At the far end of the island there are salt meadows and beach ridges and behind these are meadows, wetlands and cropped grass areas with bushes. Behind these again are found som moraine knolls.
The flora in the waterholes contains som semi-rare plants: salt-marsh goosefoot, babington’s orache, golden dock, white water-buttercup and lots of tropical hornwort. Strawberry clover is found in the meadow.
Naturally, grasses dominate the meadows: red fescue, kentucky bluegrass and meadow fescue – all common for meadows. Further up the moraine hill, there is crested dog’s tail and sweet vernal grass, whose smell many recognise from dried hay.
On the motorway embankments grows a small grass called silver hair. This is not very common and has probably spread to Sprogø via the motorway. The likelihood is that the railway has also contributed to the emergence of certain plants, e.g. field sagewort.

Succulents in the tidal flats

The tidal flats created during the construction of the motorway and railway embankments are dominated by salt-tolerant plants. These are often succulents similar to desert plants which means that they can withstand dehydration – in this case because of the salt-rich environment which extracts water from the plants. The tital flats are a type of  salt desert. Virginia glasswort, an annual plant, dominates. Washed away by high tides and winter storms, it returns in abundance as new seedlings the following year. As a succulent it has thick, fleshy leaves.
It was previously believed that the leaves would hamper evaporation but the opposite seems to be the case. Enormous evaporation takes place from the virginia glassworts although they absorb similarly large quantities of water.
During the autumn, the virginia glasswort turns it characteristic rusty red colour, which creates beautiful rows in the tidal flats. The various shades of colour indicate the degree of fading.
Common saltmarsh grass, which like the virginia glasswort is a pioneer in the tidal flats, is not a succulent but survives in a different way. Along with the virginia glass wort it helps to regain material movement during storms or generated by tidal changes. The tidal difference averages between 20 and 25 centimetres.

The reef is dominated by sand as well as large and small stones. Surprisingly, quite a number of plant species are found in these rather barren areas. What, then, survives on just sand? Sea blite, scentless camomile, seakale, sea milkwort, European searocket, Russian thistle, groundsel, babington’s oracle, spear-leaved orache, salt-marsh goosefoot, grass-leaved orache and common beet (the original form of beets and sugar beets).
Several of these plants are known from well fertilised fields although here amongst the sea wrack, they have thir natural habitat. Since these plants can grow both in well fertilised soil and in sea wrack the conditions must be identical in both places. Sea wrack areas are, in fact, some of the most nutrient-rich in Denmark. Indeed, farmers used to use seaweed as fertiliser along the Danish coasts, often after composting the seaweed in large cast concrete containers.