Artificial islands have been established around Østbroen’s two anchor blocks and the five bridge piers closest to the fairway. The artificial islands are part of the safety measures on the Great Belt Bridge.

They protect against entry if ships get too close. Instead of sailing into the bridge, the ships will run aground on the artificial islands.

It is not often that ships go astray, but it can happen, for example if a ship loses control. Several years ago, a Russian ship was close to colliding with the bridge and in 2005 the ship ‘Karen Danielsen’ sailed into the west bridge.

The artificial islands are a security measure. The 254 meter high pylons are rock solid and will not shake despite being boarded. But there is a huge pull from the steel wires in the anchor blocks, so they can not withstand a major voyage without it can have catastrophic consequences, and therefore the artificial islands have been established.

The seabed at the Great Belt Bridge is examined at 2-3 year intervals to ensure that i.a. the protected islands are not eroded.

The seven islands were originally built of moraine soil excavated from the pillar foundations of the west bridge and the east bridge. The soil was laid loosely around the foundations without surface protection, and it was assumed that erosion from currents and waves would wash away clay and sand and leave only the stones.

However, there has been a need for additional stone material and larger stones that do not move. Therefore, in 2014, 8,500 cubic meters of rock were retrieved from granite quarries in Norway and Sweden to supplement the substrate and ensure that the artificial islands maintain the high level of safety. 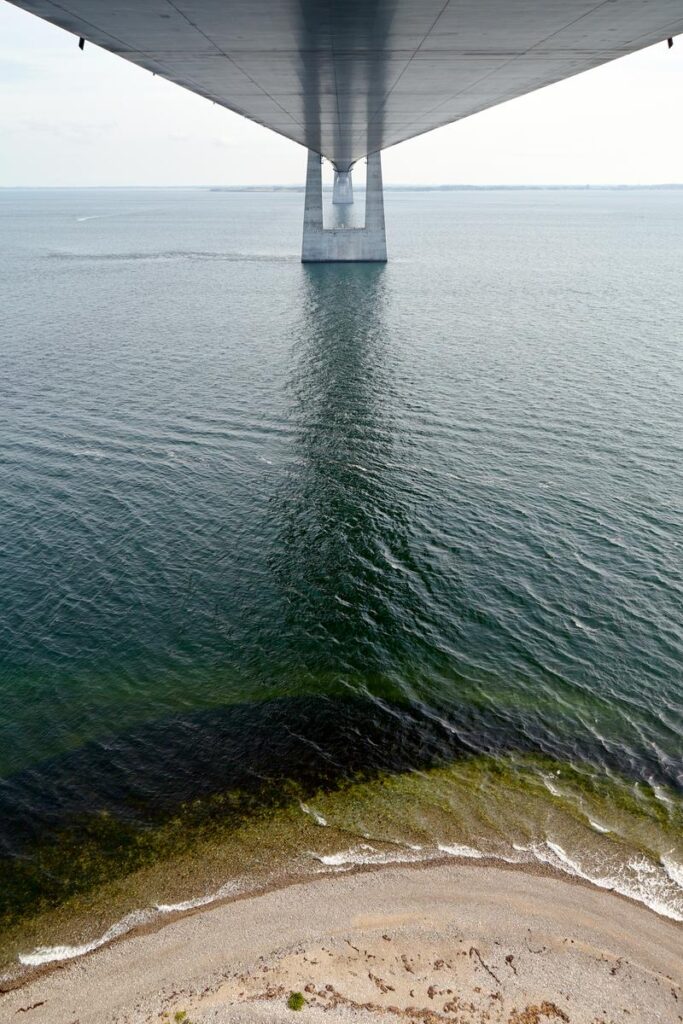 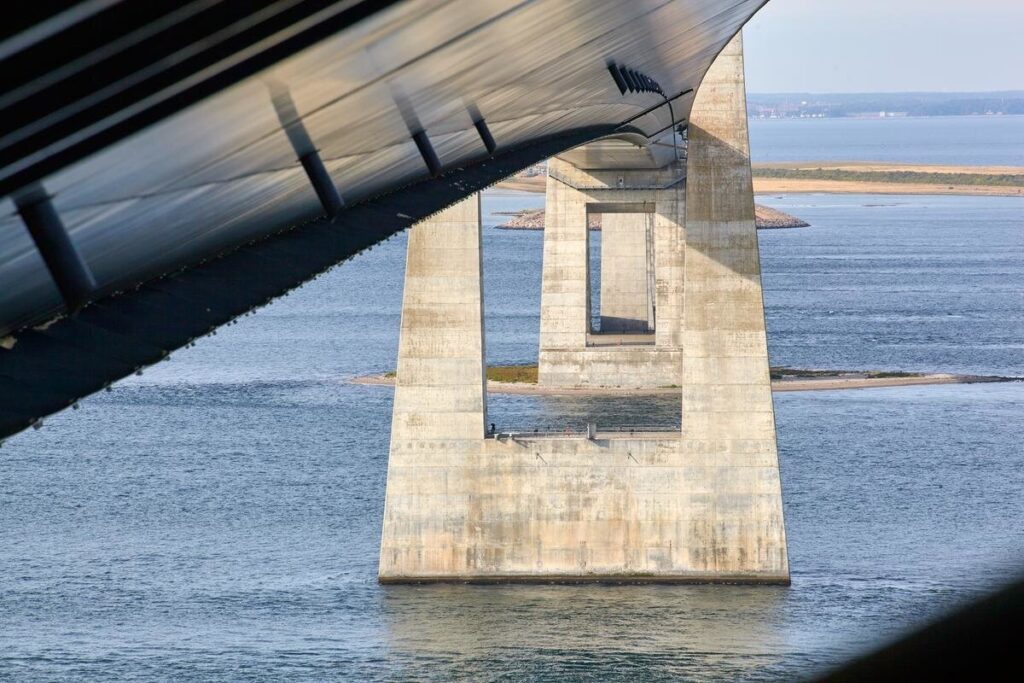